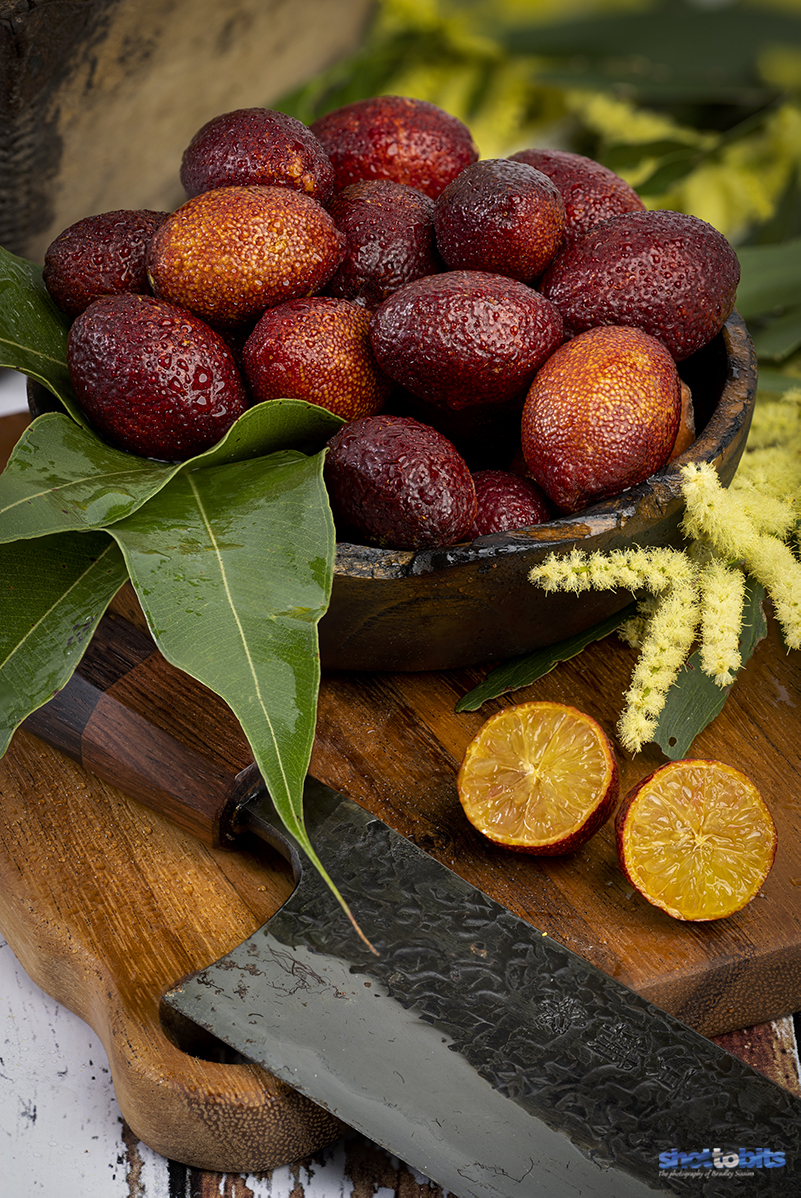 Australia has about half a dozen or so native lime/citrus trees. The most common is the finger lime, which in the past few years is gaining popularity as home “bush tucker”. Over the years the CSIRO has been cultivating variations on the finger lime to help produce hardier and higher producing fruit, one such is a more recent tree, the Red Centre Lime.
The red centre lime or Australian Blood Lime is a hybrid between a finger lime and a mandarin, producing lustrous red, egg shaped fruit about the size of a quail egg. The fruit has ruby red skin with orange/red pulp and a refreshingly tangy pink juice.
This is a new crop from our garden and from early tasting it makes a great addition to fish recipes and salad, though this bowl is destined to produce an aussie style marmalade