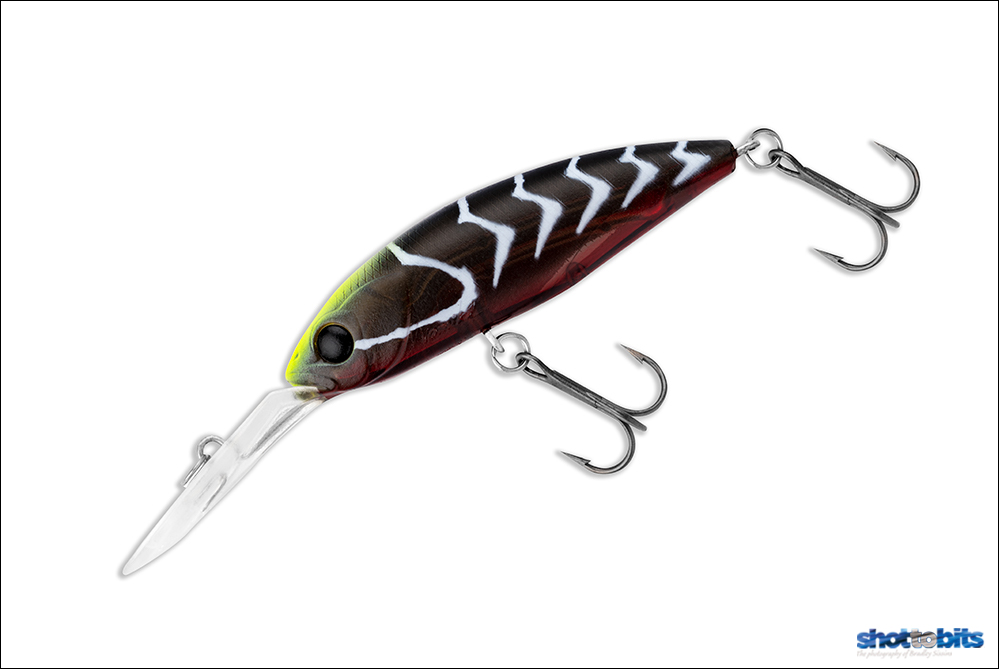 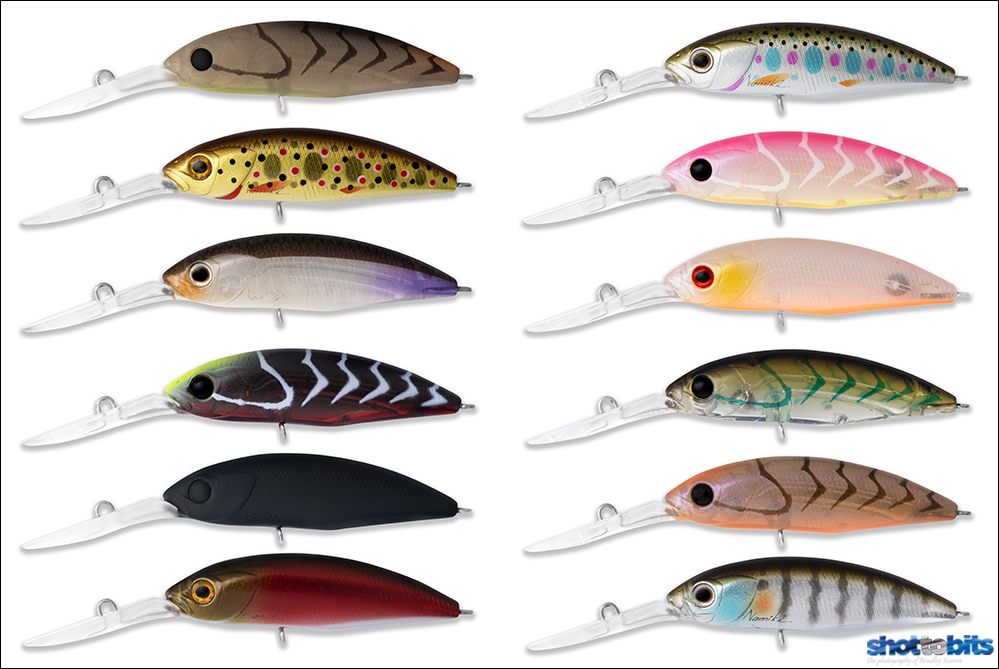 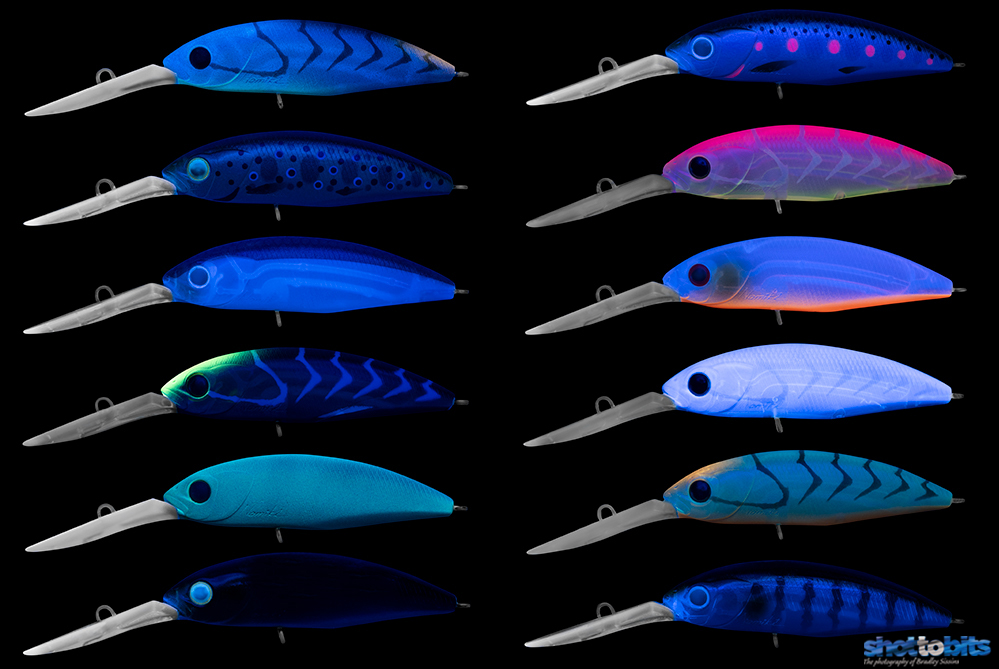 Shooting lures as standard images and also as UV spectrum, not UV glow, isn’t that simple but with all of planning and setup its done quite quickly.
The difficult part was I needed to photograph the lures with twin studio lights and at the same time take the next image with UV lights so the lure could be flipped for web display and be in the same position. After a lot of practice, I built a set that I could swap the lights at a touch of a button and swap the background from white to black without moving the set. To get the full impact of UV it needs to be shot on a black background. The final setup allows the lure to be shot in unison, standard colour and then UV quickly and easily.
The new Infeet Spike is a re-development of the original TN Revo that’s been made for well over twenty years now…. I’ve shot many variations over the past twenty years, the first ones on film!