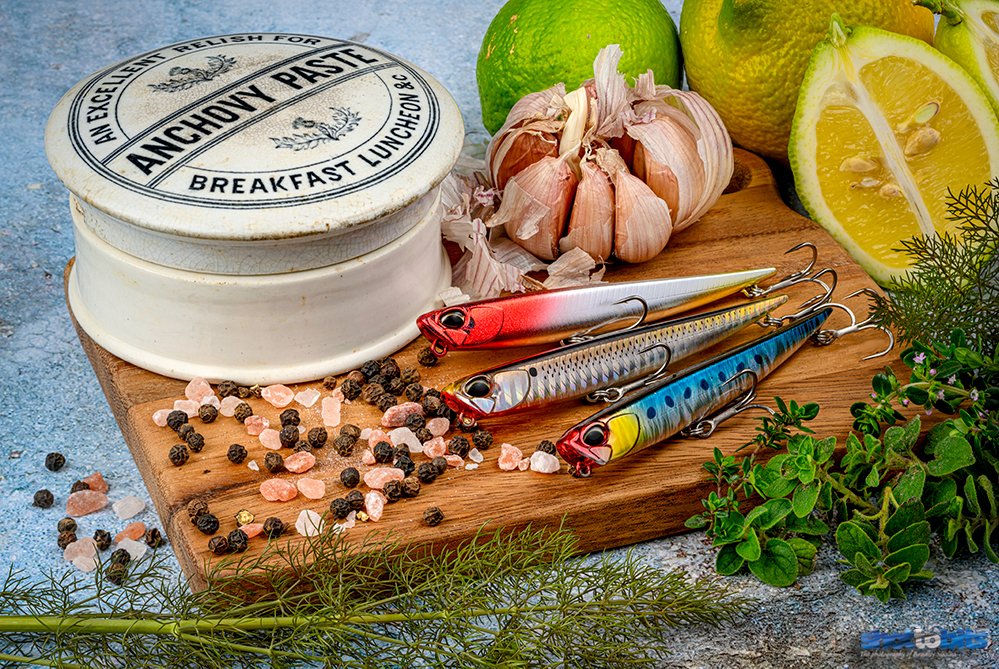 Anchovies are one of those foods that you either love or hate, I’ve always had a love for their quite pungent taste. Fossicking through antique stores you often come across some real gems, and this little ceramic container for anchovy paste had me intrigued. Being a “fishy” item, it had to be mine, not only as a display item but to be used for some creative imagery. The antique store in Kangaroo Valley purchased it in England from an auction house and believed that it dated back to the late 1800’s. After a lot of investigation, the company that made these containers made them between the 1790’s to 1910. So, considering its age and how well it has travelled it’s in pretty good shape.

Anchovy paste is quite simply anchovy fillets ground to a paste. The paste is combined with salt, herbs, pepper and sugar to reduce the fishy flavour. The paste often is purchased commercially in tubes and is a much more pungent, salty and fishy product than the anchovies by themselves. Traditionally used on a Sicilian pizza known as Sfincione, it adds a salty flavour when combined with the other ingredients. Its easily purchased from specialty stores but equally easy to make and modify with other ingredients to your taste.

When I found this item it was at the same time as a large package of lures arrived from DUO  Japan to begin shooting images for the new Realis catalogue, amongst the lures was a selection of Duo Bay Ruf Manic Fish….little anchovies!

Perfect to have a bit of culinary fishing lures, just add some ingredients collected from the garden to set the scene.

This was a pretty simple setup, two Godox AD300 Pro’s with AD65SW, one on the left at full power, one on the right at ¼ power and a small silver reflector at the front right to light up the lures and give them some sparkle.