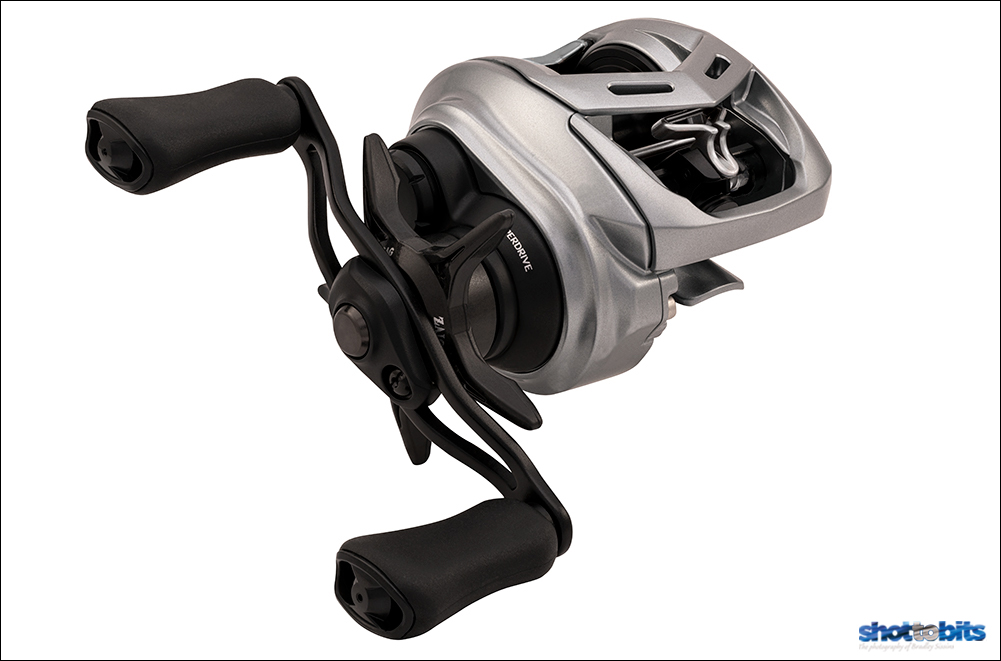 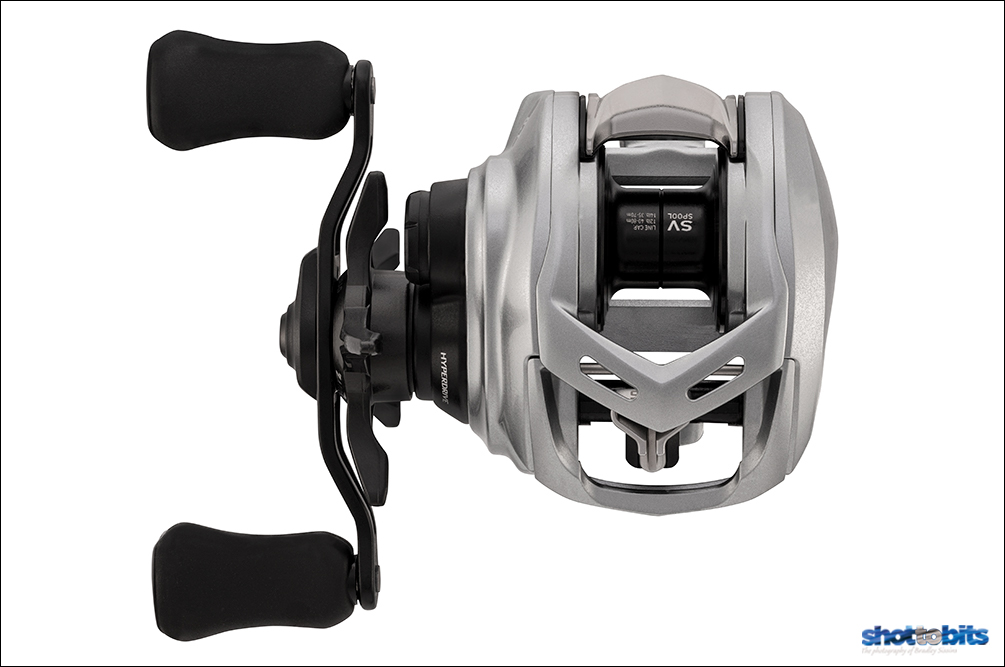 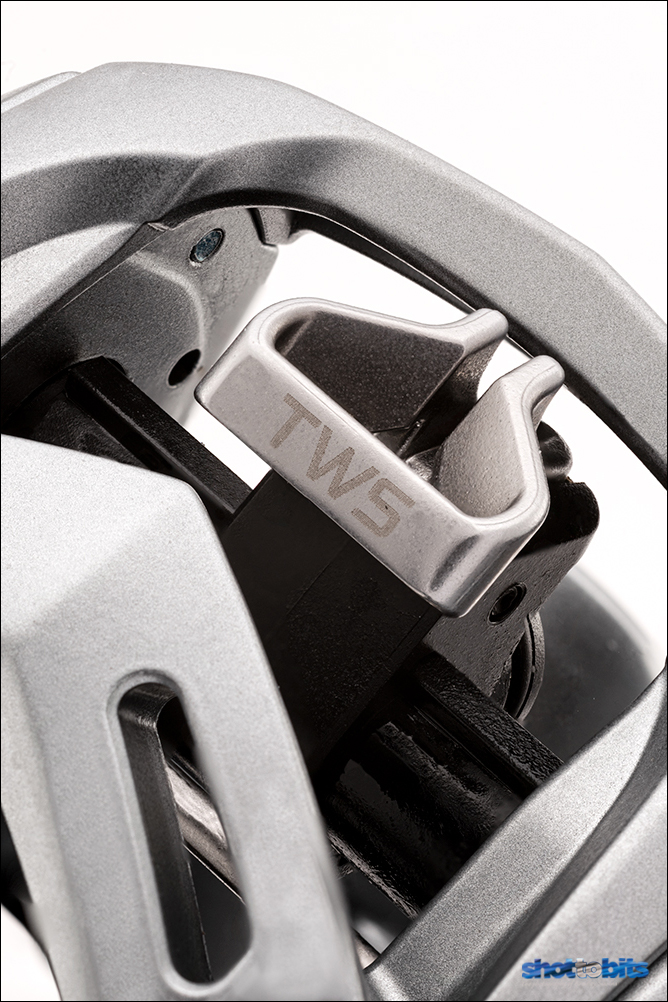 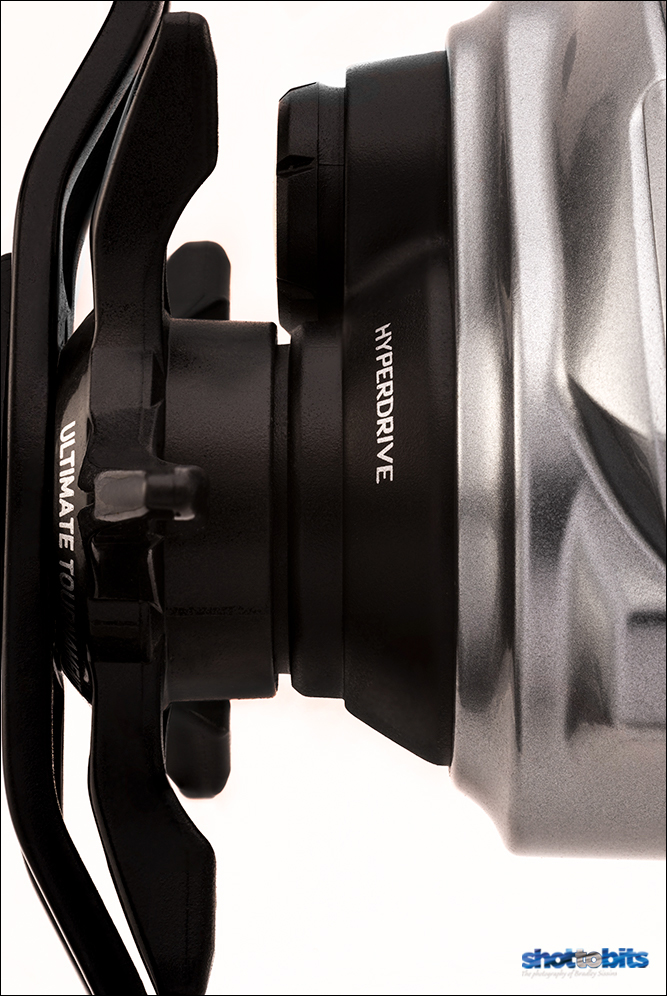 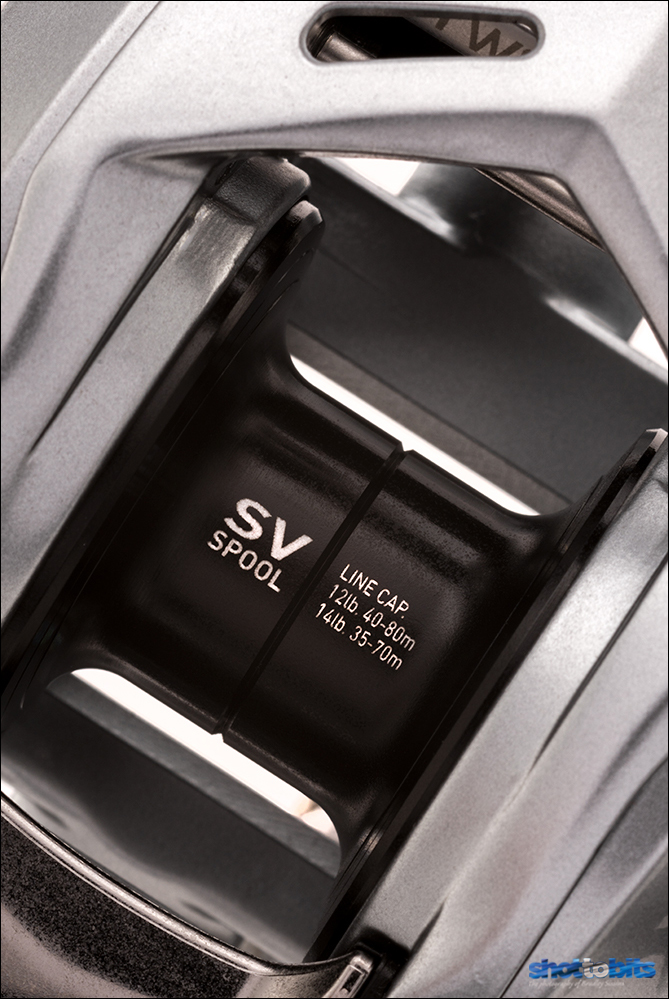 The Alphas range of Daiwa baitcaster reels has been in production for the past 15 plus years and has always been a popular range as it set the standard for ultimate finesse performance. Since the early 2000’s I’ve shot every variation and model of the Alphas for catalogues and promotion.
Before the reel gets shot, I always give it a really tough clean and polish to remove any dirt, dust, oil, fingerprints etc, this reduces time in Creative Suite dramatically.  Less power is used on a reel like this as all the tones are very similar, so a three-light setup with the main light a Godox AD600 Pro with a 50cm Beauty Dish from front above, ¼ power, two Godox AD 300 Pro’s from either side at 90 degrees, 1/32nd power and about half a dozen small Gobos to reflect light in the right areas.