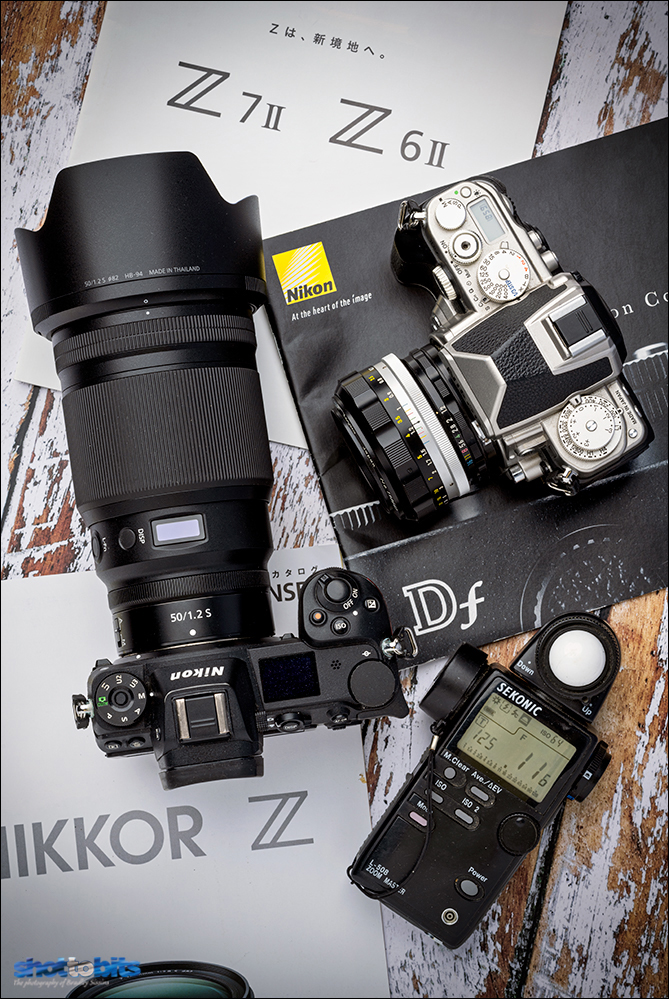 Two legends, past and present. The first Nikkor to break the f/1.2 barrier, begun its journey of development when the first 35mm SLR, the Nikon F was released in 1959.

It was difficult to make an ultra fast aperture 50mm in the 1950’s, armed with only with pens, paper and an abacus, and without the aid of computers, engineers should be given high praise at producing the first Nikkor- S Auto 55mm f/1.2 in 1965. Nikon attained f/1.2 by making the focal length a mere 5mm longer. The goal of 50mm was finally achieved in 1978 with the AI-Nikkor 50mm f/1.2. The lens mounted on my Nikon Df is one of the 2000 only ever produced in 1965 in immaculate condition and was fully rebuilt and serviced in Japan by Mapcamera. The second updated version was released in 1967 and continued to be made in various reiterations till 1977.
Travel forward to 2020 and finally after 55 years we see the latest 50mm to grace the f/1.2 barrier, the Nikkor Z 50mm f1.2S, sitting next to each other it is almost a David and Goliath comparison, the compact 1965 version compared to the 2020 technological marvel that is now known as one of the finest pieces of glass Nikon haas ever produced.
Both produce beautiful imagery, the modern version is incredibly sharp and detailed but the original from 1965 holds a special place in my collection for producing its almost ethereal imagery that modern lens just don’t produce.