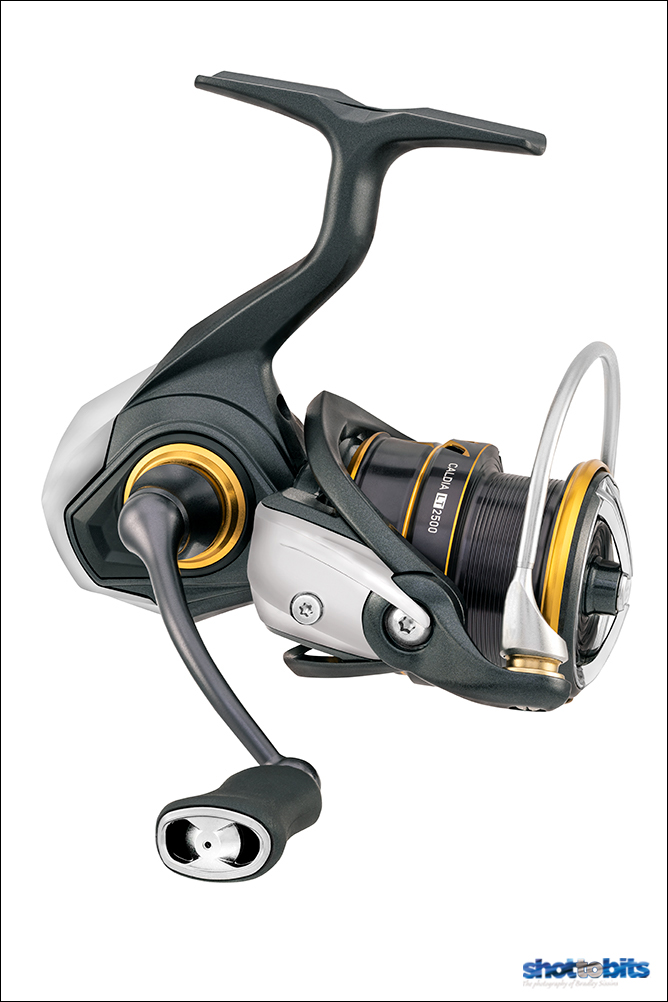 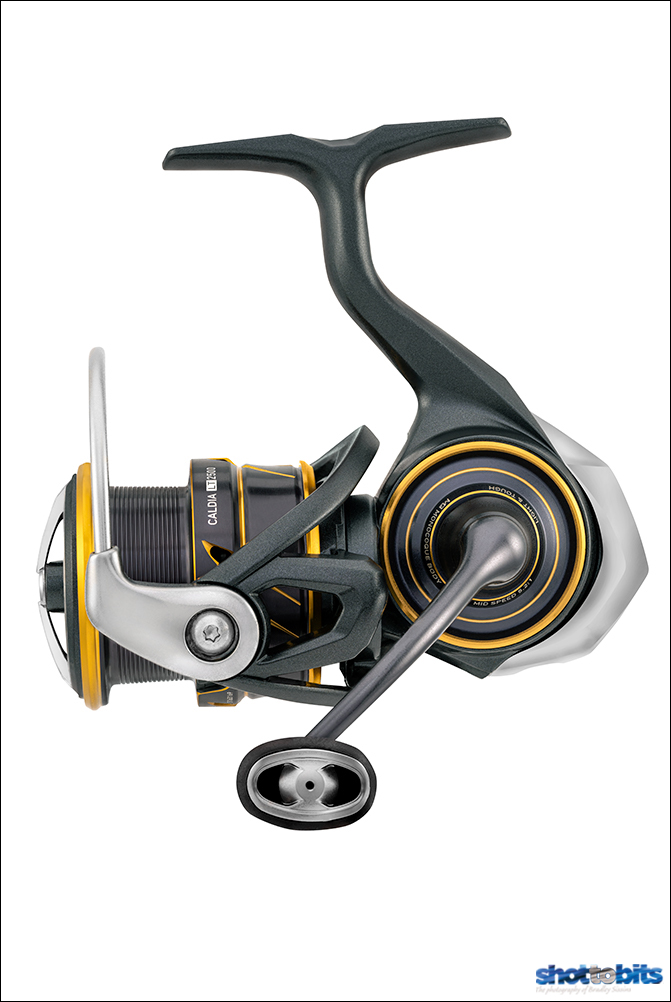 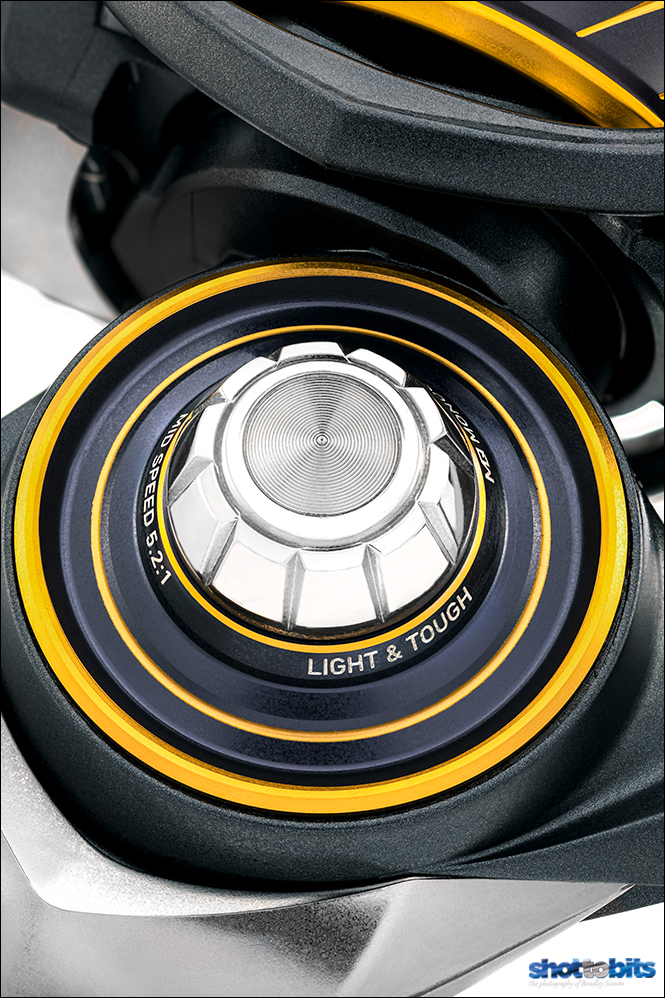 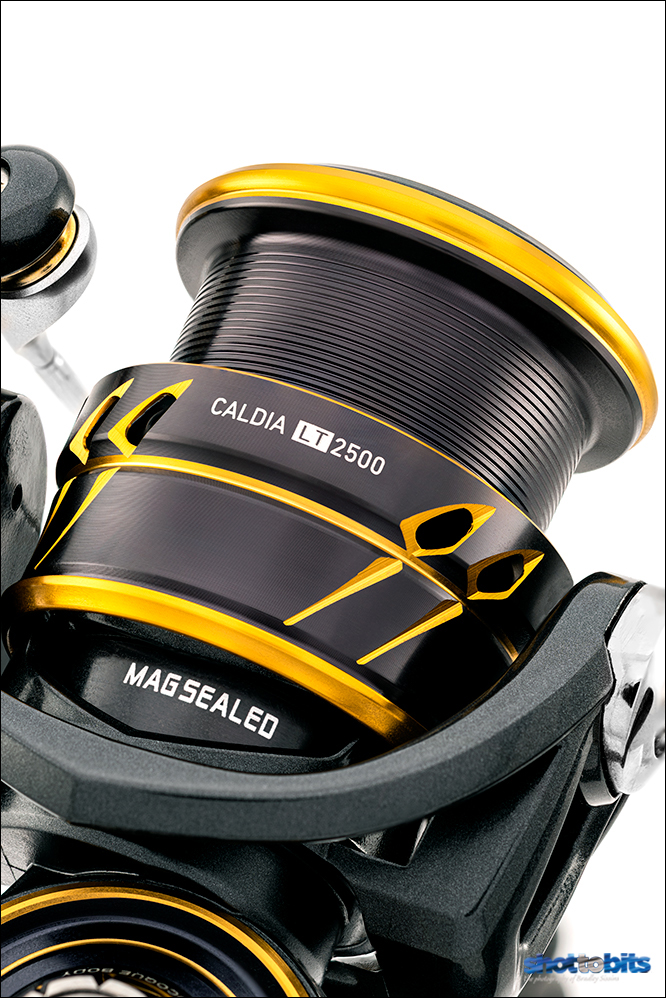 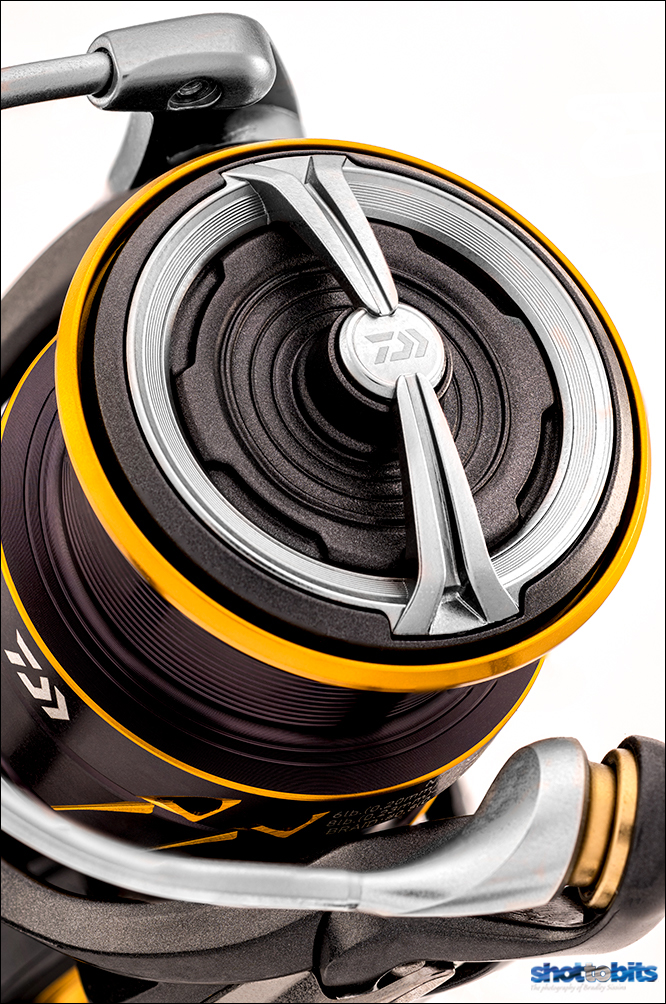 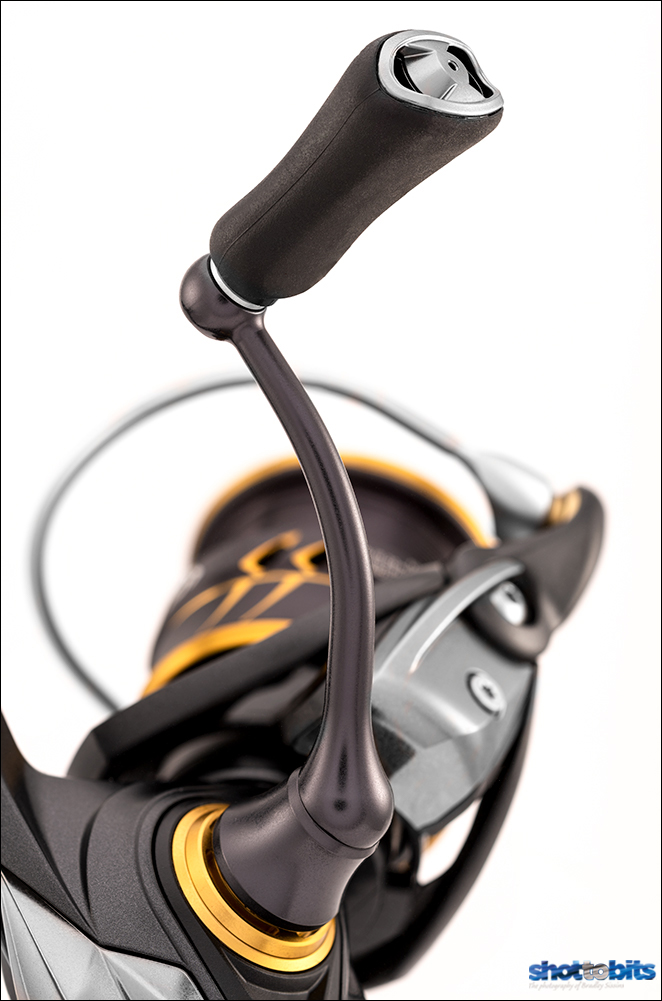 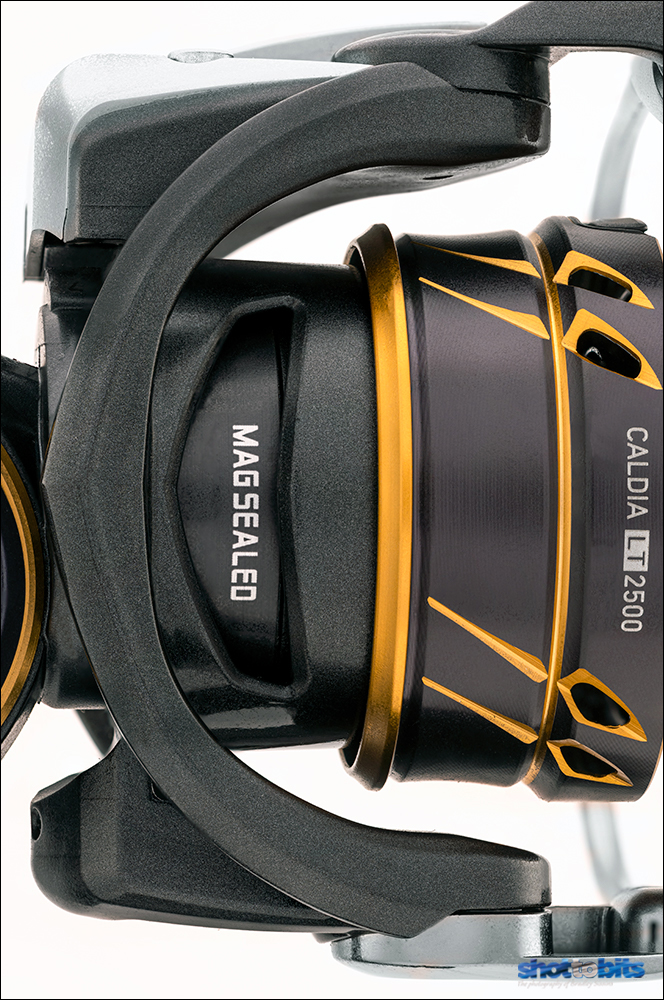 From the release of the very first Caldia in the early 2000’s I’ve shot every variation and model of the Daiwa Caldia for catalogues and promotion.
The new Caldia LT series is the latest model from Daiwa that I shot recently. The reel in the image was one of the first cosmetic samples, sometimes with these early samples they can be a bit rough in appearance as they are often hand made, but this one was almost perfect, a pleasure to photograph and prepare for catalogues.
To limit time spent in Creative Suite I always clean and polish every nook and cranny to remove any dirt, dust, oil, fingerprints etc. then light it up.  A three-light setup with the main light a Godox AD600 Pro with a 50cm Beauty Dish from front above, ¼ power, two Godox AD 300 Pro’s from either side at 45 degrees, 1/16th power and about half a dozen small Gobos to reflect light in the right areas, especially on the chrome sections.