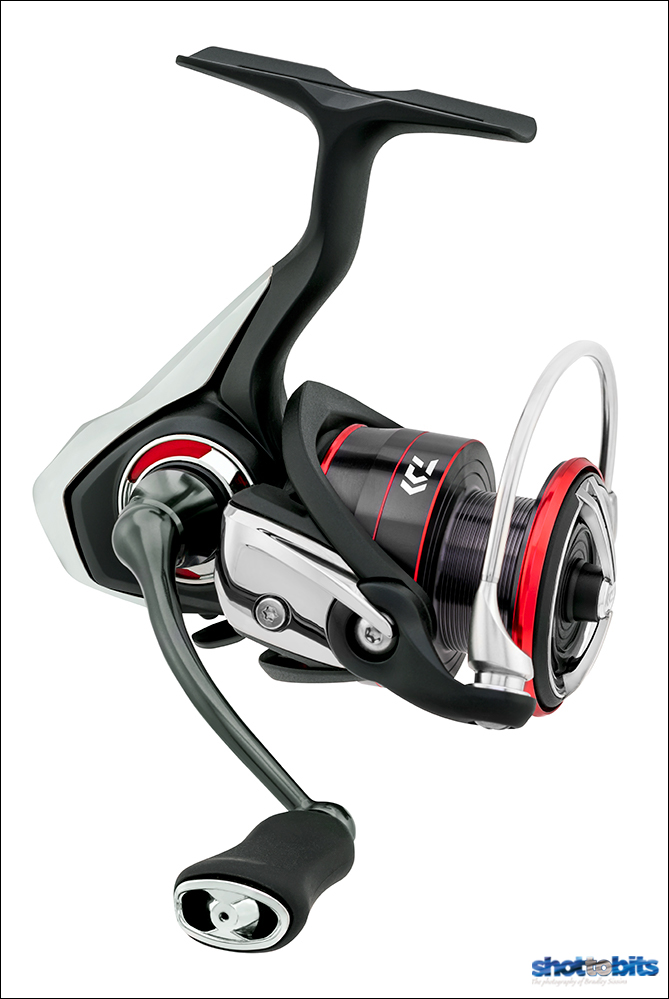 Since the early 2000’s I’ve shot every variation and model of the Daiwa Feugo for catalogues and promotion. The new Feugo series is the latest model from Daiwa that I shot several months ago. The reel in the image was one of the first cosmetic samples and as usual with these early samples they can be a bit rough in appearance as they are often hand made. First off with any reel like this is a tough clean and polish to remove any dirt, dust, oil, fingerprints etc. then light is up.  A three-light setup with the main light a Godox AD600 Pro with a 50cm Beauty Dish from front above, ¼ power, two Godox AD 300 Pro’s from either side at 45 degrees, 1/16th power and about half a dozen small Gobos to reflect light in the right areas.