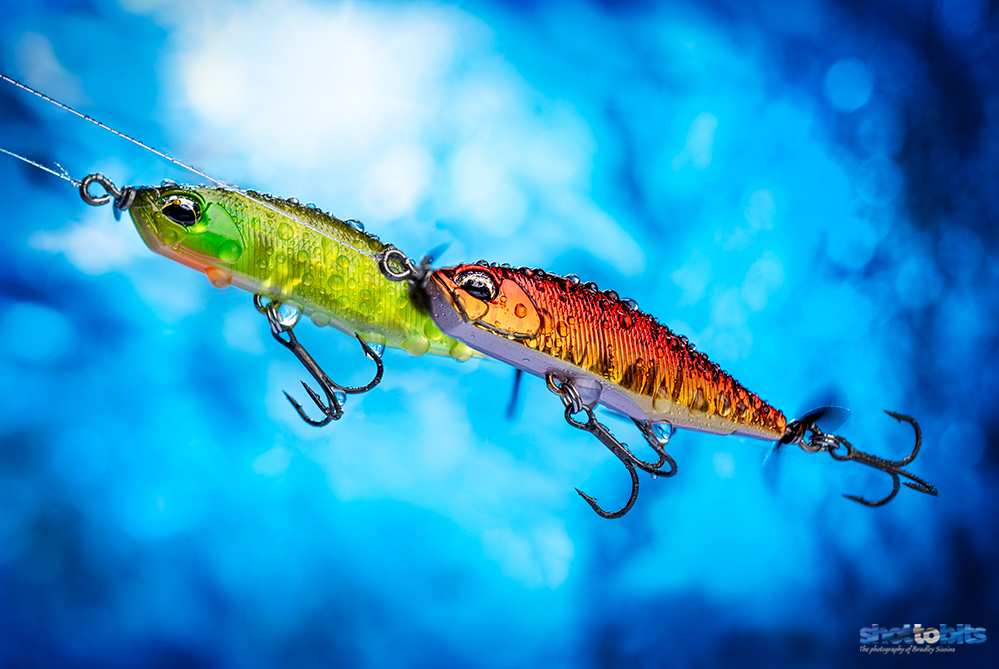 I’ve been using this system for a little while now and whilst it won’t replace strobes it does have its applications for video and certain types of photography where you need to create motion. In the case of new Duo Realis Spinbait I wanted to display the blades spinning, so this light combined with some strobes to light the background was perfect.

The lures where lit with the FV200 with a 70cm Beauty Dish in continuous mode, whilst the background was lit with two Godox AD300 Pro’s with ADR14 reflectors and Blue Gels, triggered with The X-Pro.