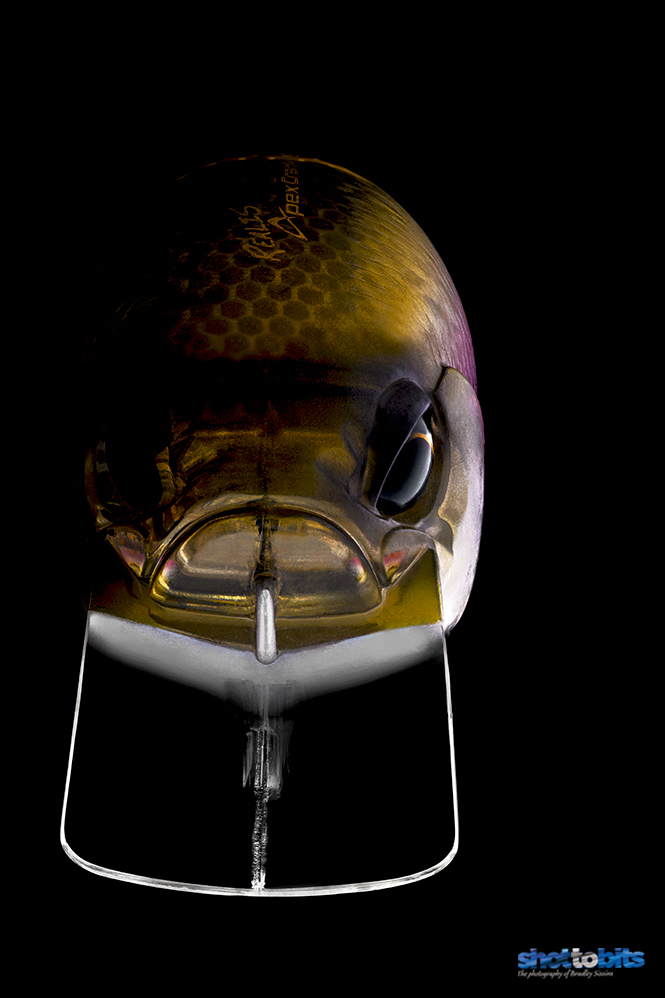 Love getting challenged to do a particularly difficult image.  When I was asked to shoot some front cover shots for DUO Internationals 2021 catalogue, it took some real planning into doing it as I wanted it to be perfect.

Shooting a lure front on while retaining full details along its length is technically impossible with one shot. Focus stacking is the only way and previous to this image I had only ever done one other, an image of a Casio G-Shock for a client. I have and always will prefer to use my Tilt Shift / Perspective Control lenses to gain depth of field, but in this instance no matter how much shifting and tilting you couldn’t attain full focus.

Just as I was asked to shoot these images, Nisi Filter released the Macro Focusing Rail that fitted my current Really Right Stuff setup, perfect for this job. Several colours were shot, only one was chosen to do the catalogue and the others for online promotion. The DUO Realis Apex Crank 66 Squared Komochi Wakasagi was the pick.

Each image involved shooting 50 shots, then stacked. Stacking was done manually, in camera stacking cannot be done with a fully manual lens, so each image had the camera shifted 1 mm at a time, 50 images in total. Then all were blended, masked and touched up manually in Photoshop. Though automatic stacking works well, really fine details like that seen on a lure just don’t stock perfectly, so I prefer to do it with layers and masks.

Lighting for stacking isn’t just turn it on, because you are shooting many shots you need to set the colour temperature on the flash and the WB on the camera, in this case both were set at 6250K to get accurate colour for each shot. Shots were taken about 30 seconds apart so I had time to shift the camera and allow the light to be perfectly powered up again. For lighting I used a Godox AD600 Pro with a 70cm Bowens Aluminium Beauty Dish with diffuser at 1/16th power. A few gobos and a matt black velvet background allowed the light to only illuminate the right side.