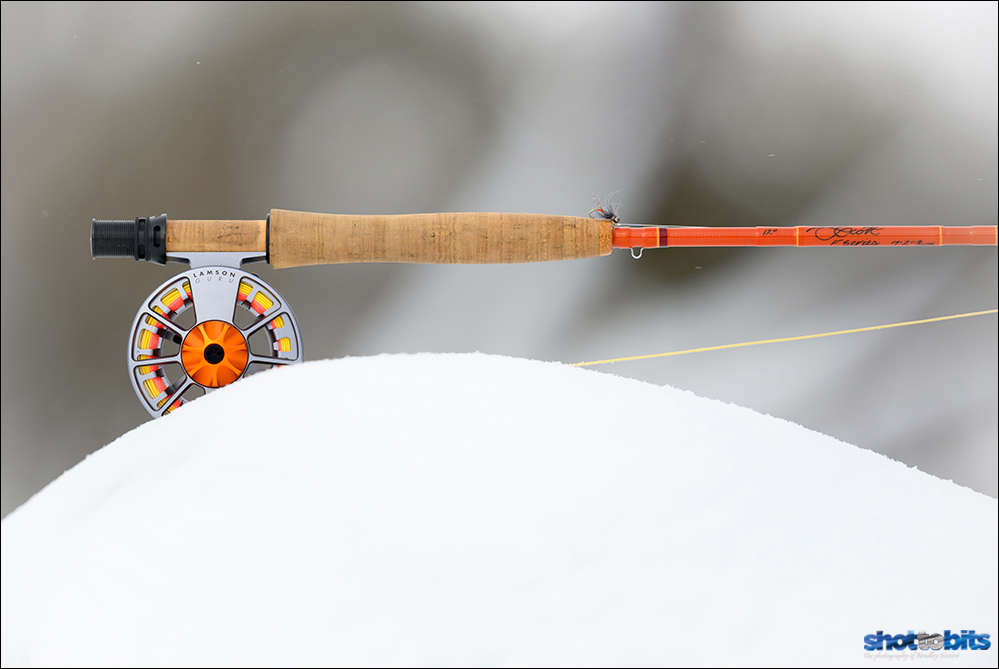 There’s somethings that are just magical to a flyfisher, snow on a mountain waterway in early spring is one such thing. Having grown up in the highlands of trout country in Victoria, fly fishing was a family tradition. My father taught me to flyfish and the textbook or almost bible to me was David Scholes “The Way Of An Angler”.  Back in the late 70’s there wasn’t a huge range of gear available and it was before the graphite rod evolution. My first fly rod was a custom made orange glass rod, so after over 40 years since having that rod it nearly gave me a few tears when Matt unpacked this little beautiful Scott the other week while we were in the Snowies.

The Scott F-Series 3Wt matched with a Waterworks Lamson Guru, is almost a blast from the past. My original rod had an old Hardy Princess that was passed down to me, what a beautiful outfit it was. Realistically I probably need one of these in my life again for pure nostalgia.