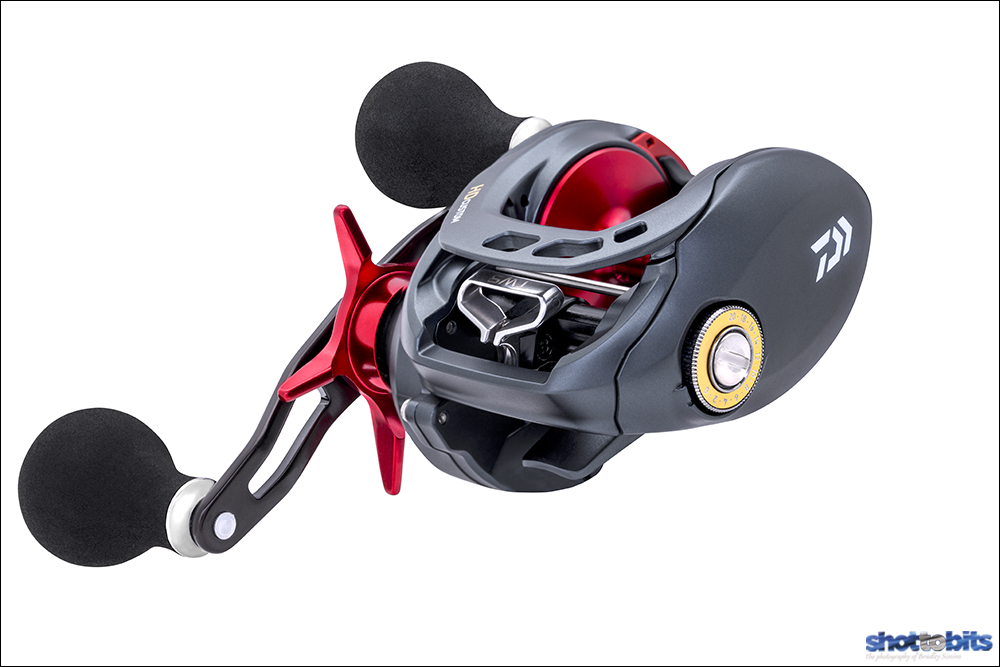 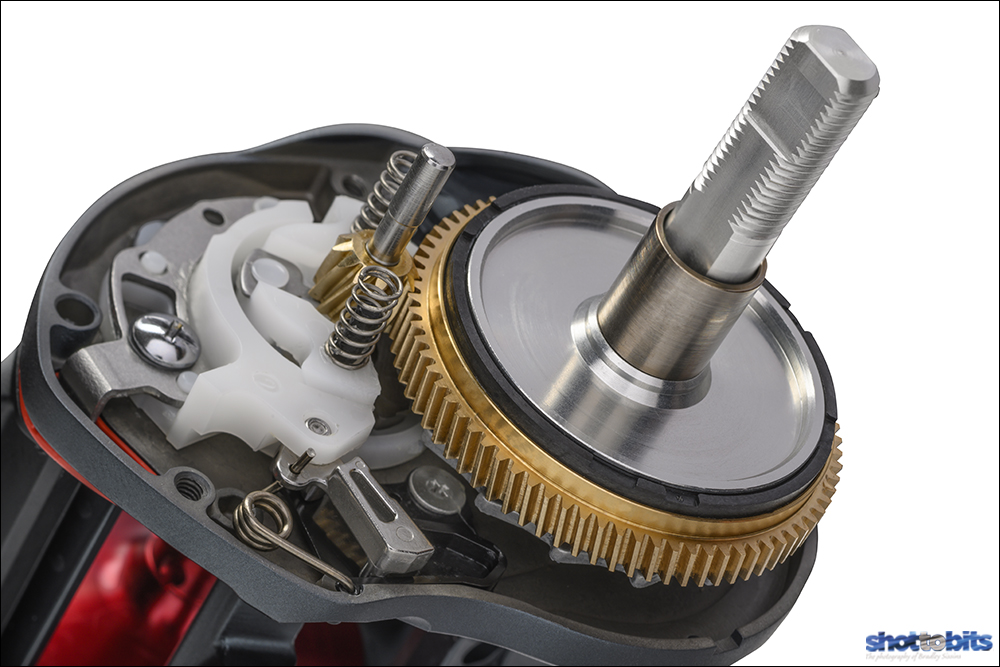 One light setups are often the easiest for small objects like baitcaster reels. Controlling multiple lights with objects that have so many angles, curves, colours and materials can difficult and time consuming. Simply using one large soft light that has a strong modelling light like the Godox AD600 Pro combined with multiple small reflectors produces the perfect results. Understanding light reflection/direction as all what it is about.

The new Daiwa Tatulion will hit the shelves later in the year. The requirements of Australian anglers are unique amongst the globe. None more so than the needs of anglers in the northern states, chasing barramundi and other tropical sportfish on baitcaster tackle. Daiwa’s TATULA range has taken the market by storm with the perfect blend of line capacity, performance & value.

TATULION is an evolution, elevating performance to another level with the introduction of a waterproof carbon ATD Drag system inside a 200-size capacity baitcaster reel for the first time.

The 200-size line capacity demanded by many anglers allows the use of heavy braided line and plenty of it. The Carbon ATD drag equipped in TATULION is water sealed, with a rubber gasket lining the top of the stack helping to keep water out, which ultimately means a more durable and longer-lasting drag performance. TATULION’s drag also features an audible click, a feature long used in flagship Daiwa baitcast reels such as Steez and Morethan. The audible drag click ensures anglers know exactly what’s going on, allowing them to adjust their fight to ultimately land more fish.

TATULION features an aluminium gear side plate, which allows the use of the carbon ATD drag by giving Daiwa engineers more room inside the side plate to equip the slightly thicker drag stack. A host of other improvements can be seen in TATULION, such as an aluminium long-arm drag star and EVA handle knobs, making it not only easier to adjust drag on the fly mid-fight, but also improving overall grip and comfort of the reel while in use.